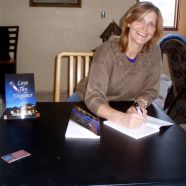 As an investigative journalist, Diane's work exposing a nurse imposter earned her an invitation to appear on NBC's the Leeza Gibbons show. She earned the Anson Jones award for medical writing and the National Mental Health Association's award for thorough research and investigative reports in the mental health industry. The Texas Department of Child and Protective Services also honored her for her articles that educated readers on recognizing and accurately reporting child abuse.

Her journalism expertise combined with her work as a public relations and corporate communications executive for Fortune 500 companies, helps Diane set the stage for her exciting novels.

Diane's enthusiasm for adventure was inspired by her parents' goal to see all 50 of the United States by Diane's 18th birthday. Planting the seeds of exploration, Diane traveled 500 miles away from home to pursue her writing career at the well respected University of Missouri's School of Journalism. She earned two degrees, a bachelor of journalism in magazine journalism and a bachelor of arts degree in Spanish literature.

Diane and her husband Pat currently returned from a year living, studying and working abroad in Sulzbach-Rosenberg, Germany. They call San Antonio, Texas, home, and continue to travel extensively throughout the U.S. and Europe to visit their six children and six grandchildren; Barclay, Erin, Jake (www.sa-industrial.com), Raleigh, Erika and Andrea.

Other links and notes of interest:

Encouraging children to read is important to me. I have the opportunity to share award-winning children's books for children of all ages. Visit my site here: BookswithDiane